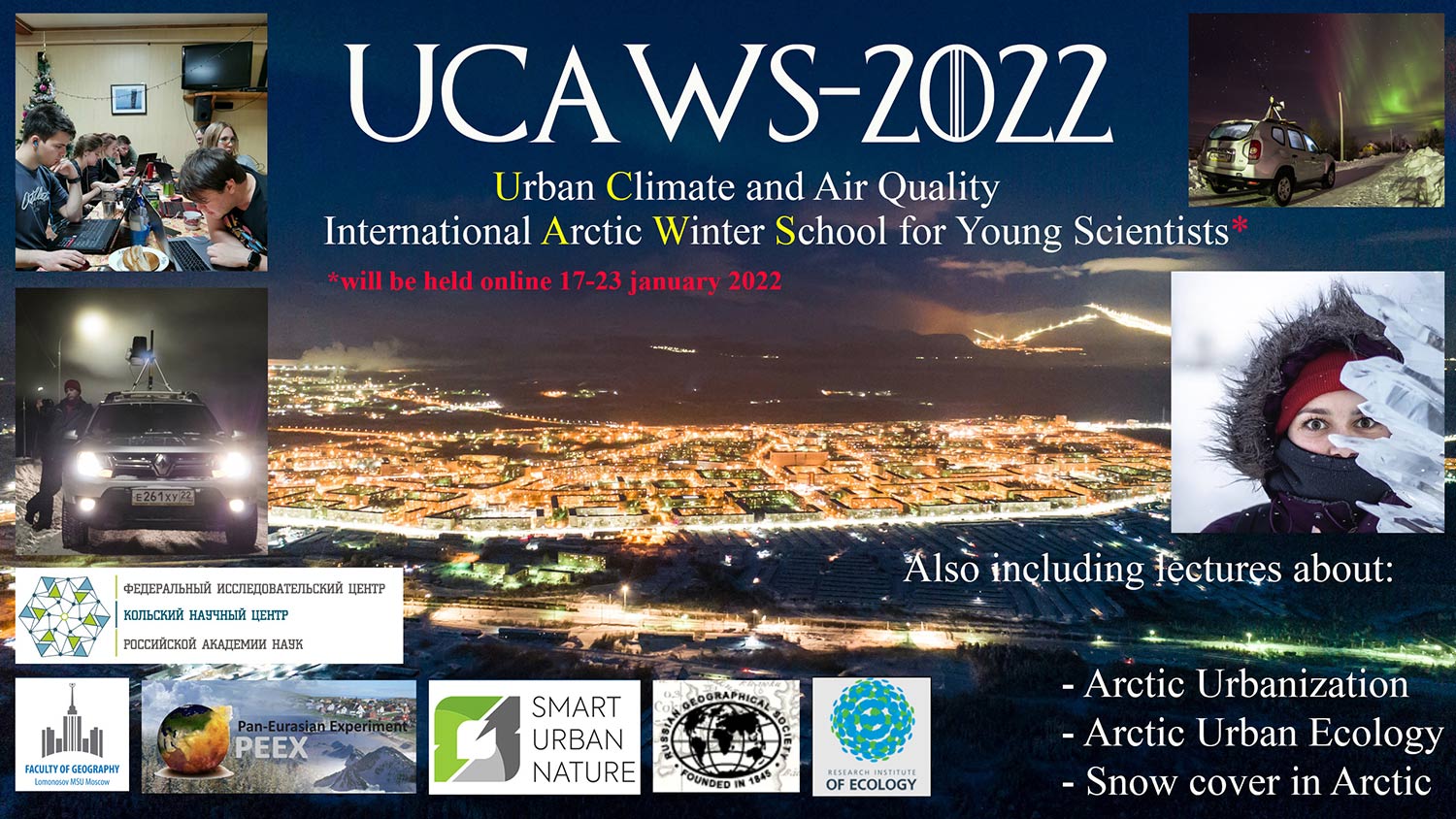 In January 2022, the first experimental international winter school for young scientists “Urban Climate and Air Quality Winter School (UCAWS-2022)” was successfully held at the Khibiny educational and scientific base of Moscow State University in Murmansk region. The school was designed for senior students, masters, graduate students and young scientists under 40 who are interested in the problems of urban climatology, urban air quality, urban studies, urban ecology in relation to the cities of the Eastern and Western Arctic. This topic is extremely promising in recent decades, especially in the light of Russia’s chairmanship of the Arctic Council in 2021–2023.

The co-organizers of the event, in addition to the Smart Urban Nature Laboratory of RUDN University and the Faculty of Geography of the Moscow State University were Kola Scientific Center of Russian Academy of Sciences, Research Institute of Ecology and Rational Use of Natural Resources of Tyumen State University, International scientific program Pan-Euroasian Experiment (PEEX), Youth Russian Geographical Society. 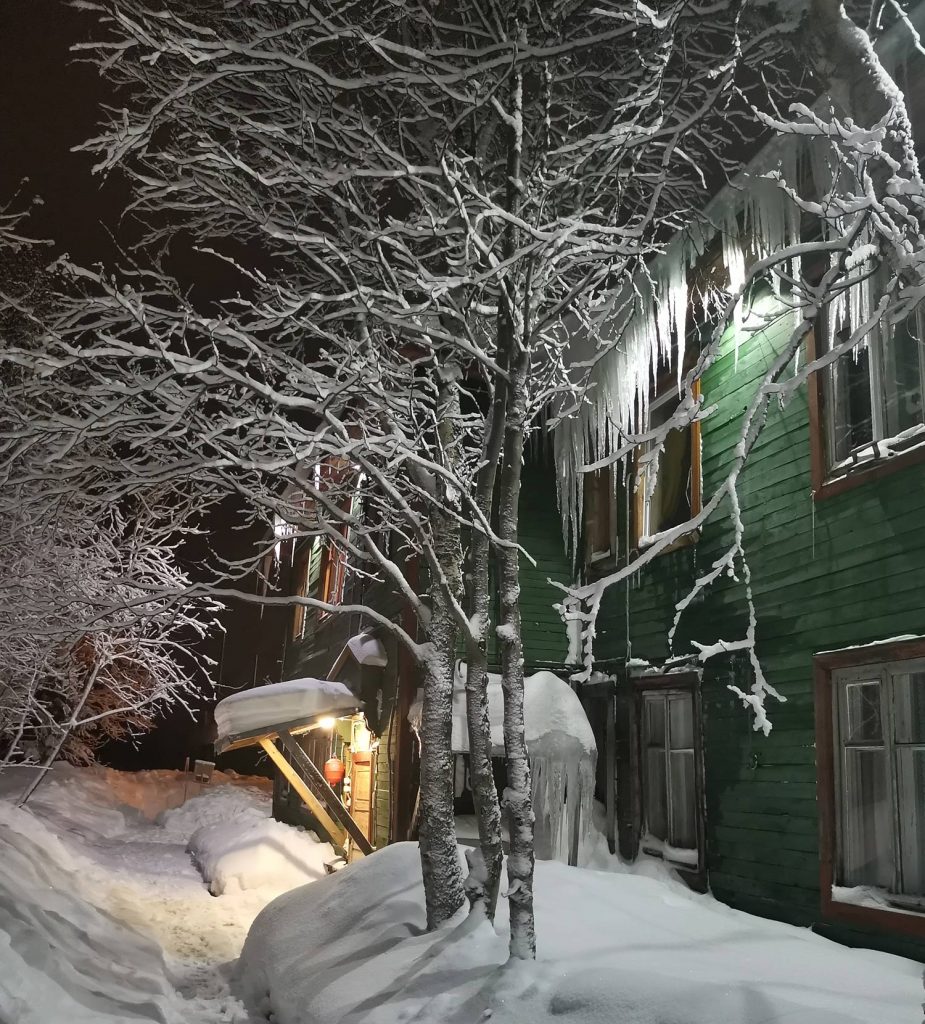 Due to pandemic restrictions, like many other events this year, lectures and practical classes within UCAWS-2022 were held online. The event was designed within the framework of the Development Program of the Interdisciplinary Scientific and Educational School of Moscow State University “The Future of the Planet and Global Changes in the Environment”, an introductory speech was made by one of the leaders of the program committee, Dean of the Faculty of Geography of Moscow State University, Sergey Dobrolyubov.

The Program Committee from RUDN University included the director of Agrarian Technological Institute (ATI) Elvira Dovletyarova, deputy director of ATI Maria Korneikova, and Associate Professor of ATI Vyacheslav Vasenev. Also, within the framework of the school, the presentation of the traditional 3MUGIS summer school was made by the SUN lab researcher, Anastasia Konstantinova. The leader of the lecture and practical sections was the head of the Organizing Committee and the SUN lab researcher, Pavel Konstantinov.

As part of the competitive selection for the event, 85 applications were received from 15 countries, from which 24 participants were eventually selected, representing Russia, Belarus, Italy, India, Vietnam, the Netherlands, Ireland, Turkey and the UK. The participants were especially encouraged by the daily greetings from international schools already well-known in the world (ERCA, CITES, etc.) for young scientists, in which their leaders shared useful tips for students of the school on the topic of professional growth. The only official language of the conference during lectures and seminars was English.

The school managed to gather the most credible Russian and foreign specialists in the relevant areas of the sections to the areas of scientific knowledge. Thus, the average h-index of the lecturers of the morning sections of UCAWS on some days reached 29 (according to Scopus), while the maximum (h = 49) was provided by the head of the Center for Biometeorological Research German weather services (DWD) Andreas Matzarakis, whose research, for example, ensured the transfer of the 2022 World Cup in Doha (Qatar) to safer (in terms of heat) November instead of the summer months that were supposed at the beginning.

The UCAWS-2022 program turned out to be very balanced and included lectures on fundamental climatological, environmental, geographical, and social problems, and after lunch, participants were taught GIS insights, the art of data analysis, work in the Linux environment. We are proud that during the final lesson, three students managed for the first time to successfully and independently run a model for predicting climate measurements – Pavel Konstantinov, the head of the Organizing Committee and the SUN lab researcher.

As a result, it was decided to make the winter school for young scientists “Urban Climate and Air Quality Winter School” an annual event, while maintaining a focus on the international community.

The results and prospects of the school will be presented to the world scientific community at the UArctic Congress 2022 at the Moscow State University (call for Abstracts is open till February 15, 2022). We would like to invite everyone to the special section “Urban Climate and Air Quality in Arctic Cities. Research and Education”.