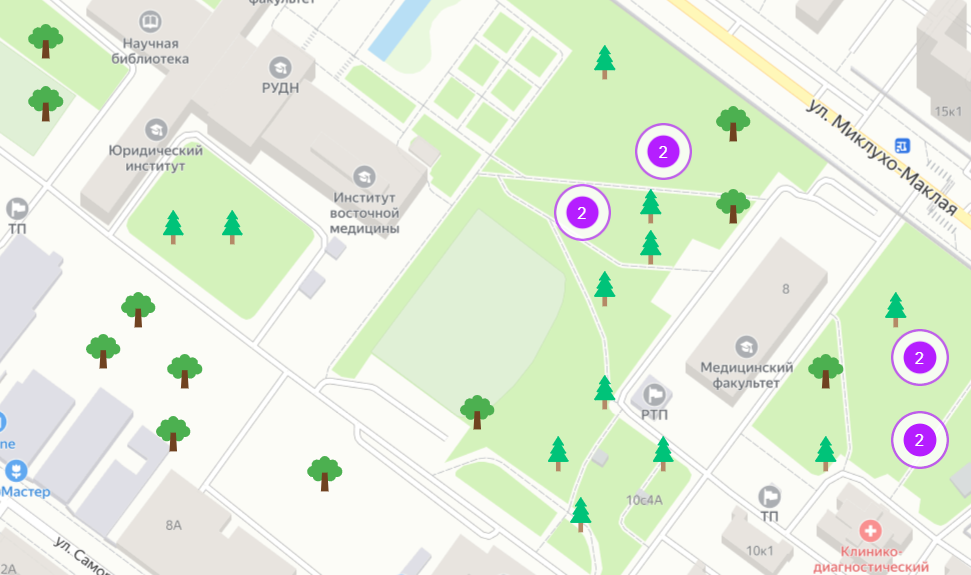 SUN Lab presented the results of the third year of the project “Smart technologies to monitor, model and evaluate ecosystem services provided by urban green infrastructure and soils to support decision making in sustainable city development under global changes”, supported by a Russian Science Foundation (RSF).

Research in the third year of the project was focused on 3 main objectives:

The main strategic task of the third year was the transition from laboratory tests of smart technologies and their approbation at key sites to monitoring ecosystem services of urban green infrastructure, for which a Smart Urban Nature integrated environmental monitoring network was created. The network included 132 devices in Moscow and 63 more devices – in the regions. Compared to the 2020, new plots (for example, the Botanical Garden of the Moscow State University named after M.V. Lomonosov) and new devices (all plots are equipped with TT-R, which makes it possible to assess the cooling effect; the MSU site was equipped with a new generation TT-G with portable anemometers to control vertical stability) have been added. All monitoring data are available through the developed web service (Chapter 1).

Observation of the ecological state and functions of soils at the monitoring sites was carried out using the method of tea bags. As a result of the analysis of experimental data for three bioclimatic zones: northern taiga – Apatity, subtaiga – Moscow, and forest-steppe – Kursk, characteristic trends in biomass change for urban and natural soils were revealed. An increase in the difference in the stabilization and mineralization of soil OM for urban and natural soils from northern taiga to the forest-steppe (Chapter 2).

Eco-acoustic observations at the monitoring site at the RUDN University campus revealed the daily cycles of birds’ singing activity and their dynamics under the influence of natural (time of day and the presence of precipitation during the day) and anthropogenic (traffic activity) factors (Chapter 3).

The project planning focused on the technical issues of spatial scaling and extrapolation of local measurements to the city level. However, while solving this problem, one more – no less important and, as it turned out, not actually studied – arose – scaling and interpretation of assessments of ecosystem services in the context of perception of various target groups and solving practical problems (Chapter 4). If ecosystem services are primarily a tool for communicating scientific knowledge and data for decision-making (risk assessment, urban planning, environmental design), then their analysis, assessment and modeling, especially on a city scale, are impossible (or rather, useless) without understanding the request by the final consumer – scientist, politician, manager. A series of expert interviews were conducted to understand the request of various target groups. The analysis of the results of the expert interviews made it possible to draw conclusions about the awareness of the expert community in relation to the concept of ecosystem services and the main ways of their interpretation. At the same time, it is clear that the ecosystem services of urban green spaces are not adequately reflected in practice and decision-making processes. This is compounded by the lack of uniform terminology. 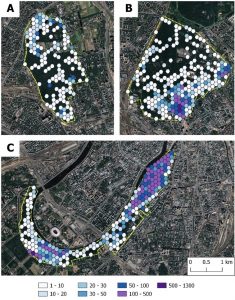 Experts understand the potential of the application of ecosystem services assessment and recognize the possibility of including them in their practice, including in the context of decision-making regarding urban green areas, especially in the context of external factors, which certainly include the COVID pandemic in 2020-2021.

COVID-19 and related restrictions unexpectedly gave a new direction for the development of research on the project – assessing the change in the demand and consumption of ecosystem services of green spaces during a pandemic. The report presents the results of a study of changes in the perception of urban green spaces and their cultural ecosystem services before, during and after the restrictions caused by the COVID-19 pandemic across Moscow. Respondents recognize the important role of urban green spaces in maintaining physical and mental health during a crisis and in a post-pandemic world. In addition, access to green infrastructure will be critical to making cities more resilient to crises. A more detailed analysis, carried out at the level of individual parks using machine learning for more than 70 thousand photos from the social network VKontakte, showed that the spring restrictions of 2020 during the epidemic led to a significant decrease in social activity in Moscow parks, which was reflected in the number of photos and the number of active users and demonstrated the crucial role of urban green infrastructure and nature as a source of sustainability and highlight the challenges and prospects for urban planning.

Interpretation of ecosystem services of urban green infrastructure assessment for urban planning tasks was given on the example of both the Moscow metropolis and other cities. Thus, using the COSMO mesoscale model, detailed (with a step of 500 m in space and 1 hour in time) data on the meteorological regime of the Moscow region for June 2021, including the heat wave at the end of the month, were obtained. Based on additional numerical experiments with the COSMO model, estimates of the impact of urban green infrastructure (GI) objects of various areas on meteorological conditions were obtained, in particular, the decisive role of large parks in the formation of the urban climate was shown (Chapter 5). 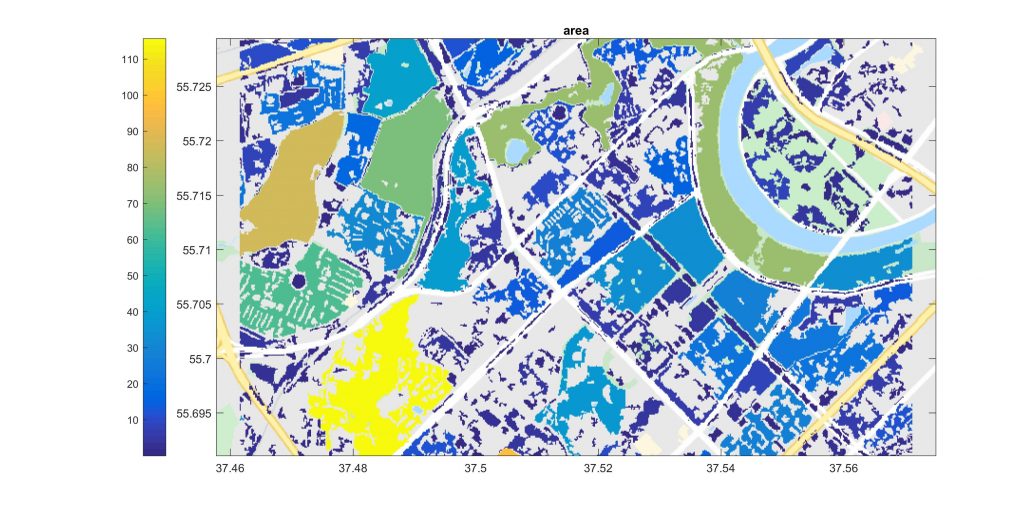 The climatic model, along with other indicators, was used to calculate the Moscow Environmental Index, which reflects the following parameters of the quality of the urban environment: 1) environmental safety of citizens; 2) the viability of the ecosystem as a habitat; 3) the attractiveness of the landscape for life (Chapter 6).

In Chapter 7, the principles of integrated environmental analysis and assessment of ecosystem services are implemented to support decision-making on the optimization of urban planning at two levels: city-wide (for the territory of Cherepovets and its immediate environs) and district (for the territory stretching along the left bank of the Oka River in Kaluga). The characteristics of all significant components of the urban landscape were compiled and analyzed: from the description of the relief and geological structure to the assessment of air dust content and the state of green spaces, as well as the collection of data on population density. A comprehensive assessment of the natural conditions of the territory formed the basis for urban landscape zoning and substantiation of a strategy for the development of green infrastructure at the level of the city and its individual districts. 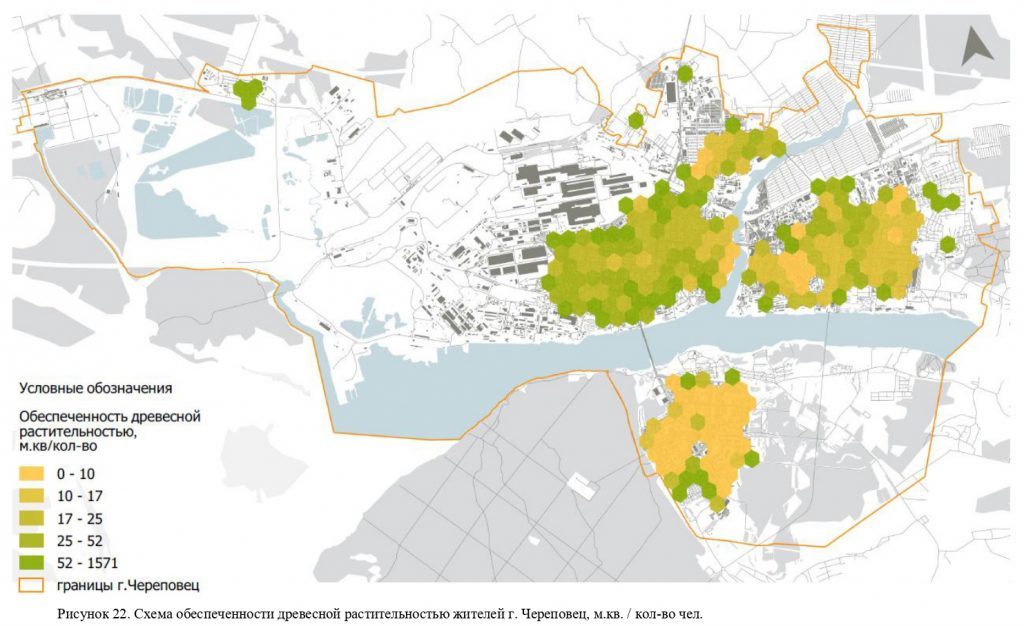 The final chapter of the report is the first attempt to summarize the data, technologies and knowledge accumulated over three years of the project in the field of environmental monitoring and assessment of ecosystem services of urban green infrastructure in the form of the final product – a web portal targeted at various categories of users. The chapter discusses the structure of the portal, target audience, possible data sources and development strategy. Bringing the portal to life will be one of the objectives of the final year of the project.

The results of the work were presented in the form of 27 reports at international conferences. According to the research results in 2021, 19 articles were published or accepted for publication in the Scopus / WoS journals, 7 of them were in the Q1 journals. The research results are also presented in 17 publications in the media, including leading ones. With the support of the project, in July 2021, a field international summer school “Monitoring, modeling and management of urban green infrastructure and soil” (3MUGIS) was held online.