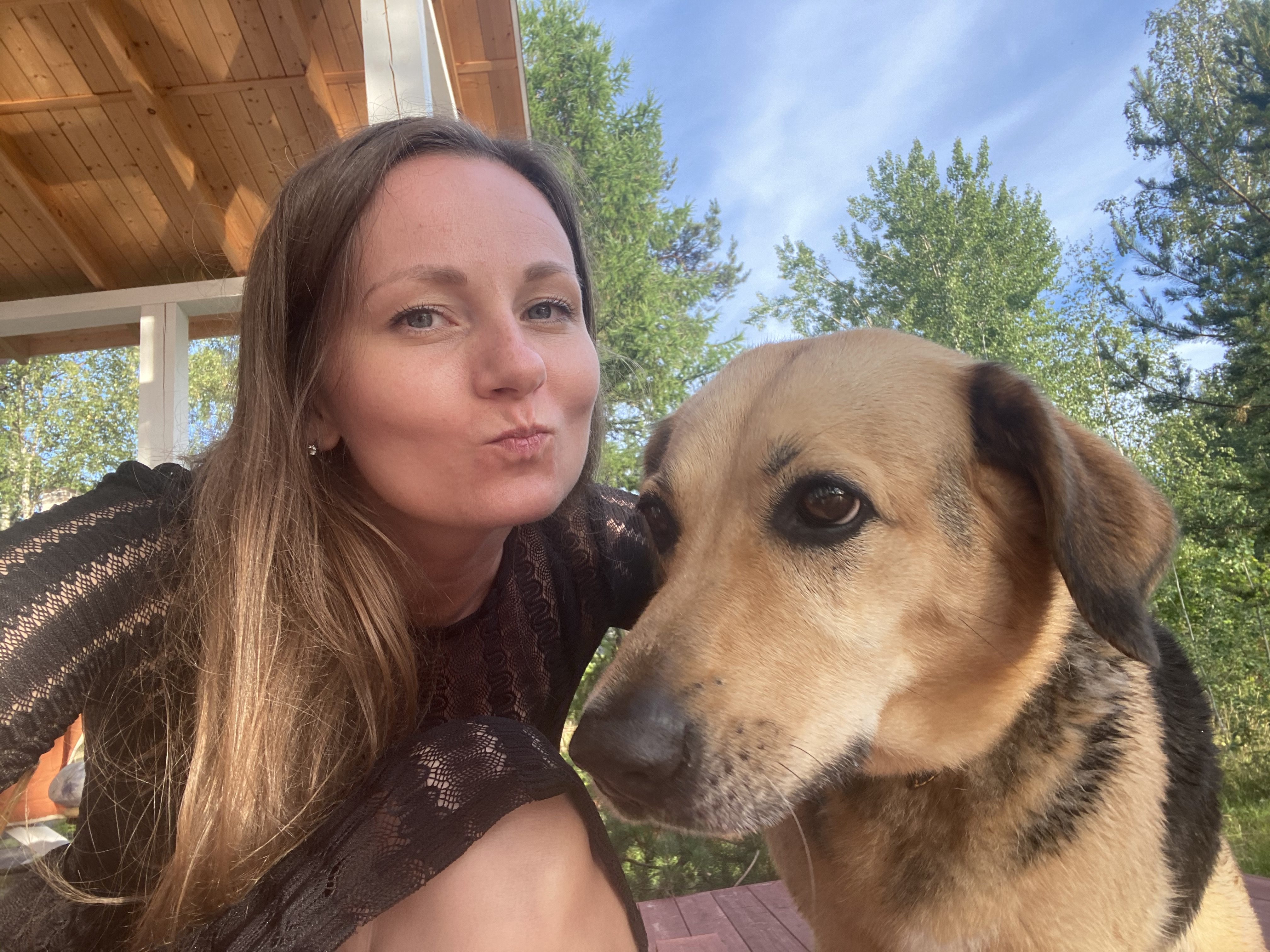 Ongoing urbanization has led to a significant increase in the number of pets and has altered the relationships between pets and owners from primarily utilitarian to cultural. Today existing classifications of ecosystem services and nature’s contributions to people explicitly consider only the ES provided by livestock and wild animals. Despite this, scientists from Smart Urban Nature laboratory tried to give it a fresh view and attempted to translate perceived benefits and costs from owning dogs or cats in a megapolis into ecosystem services and disservices frameworks considering such pets as natural biotic elements of a megapolis and thus, essential parts of urban ecosystems.

There are several generally accepted classifications of ecosystem services, but none of them explicitly take into account domestic animals, so the interests of their owners may be “forgotten” in urban planning and management. For example, it can be very difficult to find a dog training area in the neighbourhood. So our scientists have discovered what ecosystem services a person receives from his pet and compared them with the CICES (Common International Classification of Ecosystem Services) and NCP (Nature’s contributions to people) classifications.

In an urban environment, pets affect people’s lifestyles and well-being. However, the CICES and NCP classifications of ecosystem services do not explicitly address domestic animals, although both structures allow for the representation of benefits derived from, for example, livestock. Our research is aimed at filling this gap, says Dr Victor Matasov, PhD in Geography, Researcher at the SUN lab.

The study was conducted in March and April of  2020 and was based on an online survey examining Moscow residents on reasons, benefits and costs of owning a pet in a megapolis, as well as the availability of infrastructure as perceived by respondents. Additionally, experts also test whether there are differences between the responses of dog and cat owners. The questionnaire offered in several social media groups was completed by 229 respondents and consisted of 17 questions divided into three blocks: life with a pet, adaptability to the urban infrastructure and general information about the respondent.

Later, according to the survey’s results, experts found that pets are primarily chosen for mental health and cultural reasons (such as sense of belonging, identity, place) and less often for money or practical/material benefits. Therefore, accordingly scientists found that more than 90% of ES provided by pets also falls under the overall category of cultural services. Pets are primarily chosen for physical (32%) and mental (26%) health support, as well as for indirect spiritual, symbolic interaction (19%) and direct intellectual interaction for educational purposes (16%). Services connected to practical and material benefits, such as regulating services (controlling pests and invasive species/regulation of organisms detrimental to human well-being/using for replenishing stock or for breeding) or provisioning, were less prevalent in the respondents’ answer. As a result, experts identified 12 categories of reasons why citizens have pets, and found the corresponding sections in the CICES and NCP. 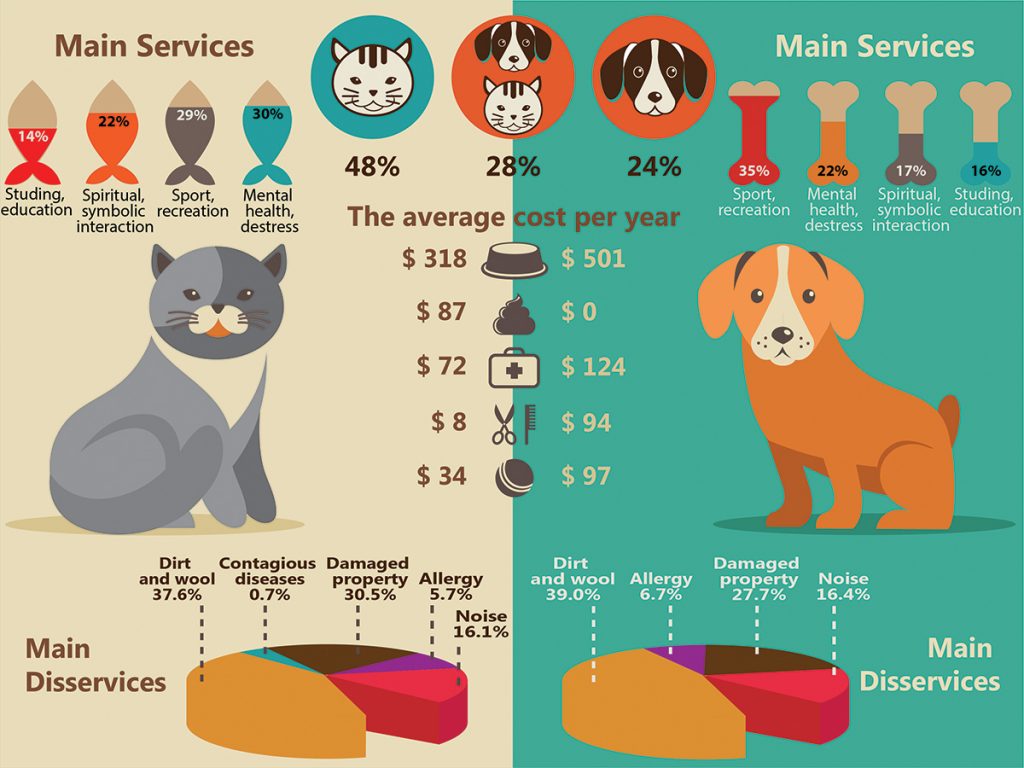 So, our scientists found out that while some of the reasons for owning pets statistically differ for dogs and cats among residents of Moscow, overall, pets are no longer valued solely for providing instrumental and practical functions (catching mice, guarding a home), but rather substantial shares of the reasons for owning a pet are linked to cultural services (93%). Indeed, today, in urban areas, cats and dogs are more the “suppliers” of entertainment, enjoyment, and emotional support. Lockdowns and other restrictions introduced to combat the COVID-19 pandemic have further exacerbated the need to pay extra attention to any contributors to the mental and physical health of urban residents. It is not a far-fetched conclusion that pets have been an important source of positive experiences and emotions and provide complimentary social support to supplement virtual human-to-human interaction. Cultural ES is among the most important types of ES in urban environments, providing means for the reestablishment and maintenance of connections with nature, which are even more important for the urban population.

Also one of the most important aspects examined was the perceived availability of green infrastructure in the neighbourhood. When respondents were asked to assess this parameter, dog owners did not give more than 4 points to the administrative districts, while the maximum score given by the cat owners was 4.2. The most popular places to walk with pets were indicated as parks near homes, neighborhoods or special playgrounds. As our scientists note, decision-making processes in urban planning ought to focus more on benefits for residents. And in order to achieve sustainable futures, experts need to address different questions connected to animal management policy.

Given the increasing number of pet owners, their interests and needs need to be borne in mind in urban planning and management. We need to make more areas for walking with animals and special areas for owners to play and practice with their dogs. Registration of domestic animals, control over the extermination of wild animals, including entire populations and rare species, are important. It is also necessary to resolve issues with stray animals, both in terms of their welfare and the danger they pose to humans. The integration of domestic animals in the classification and, therefore, in the assessment of urban ecosystem services can be a decisive step towards achieving this goal, says Dr Anastasia Konstantinova, Ph.D. in Sociology, Researcher at the Smart Urban Nature laboratory.

The results of the work, supported by a grant from the Russian Science Foundation, were published in the journal Sustainability in September 2021.