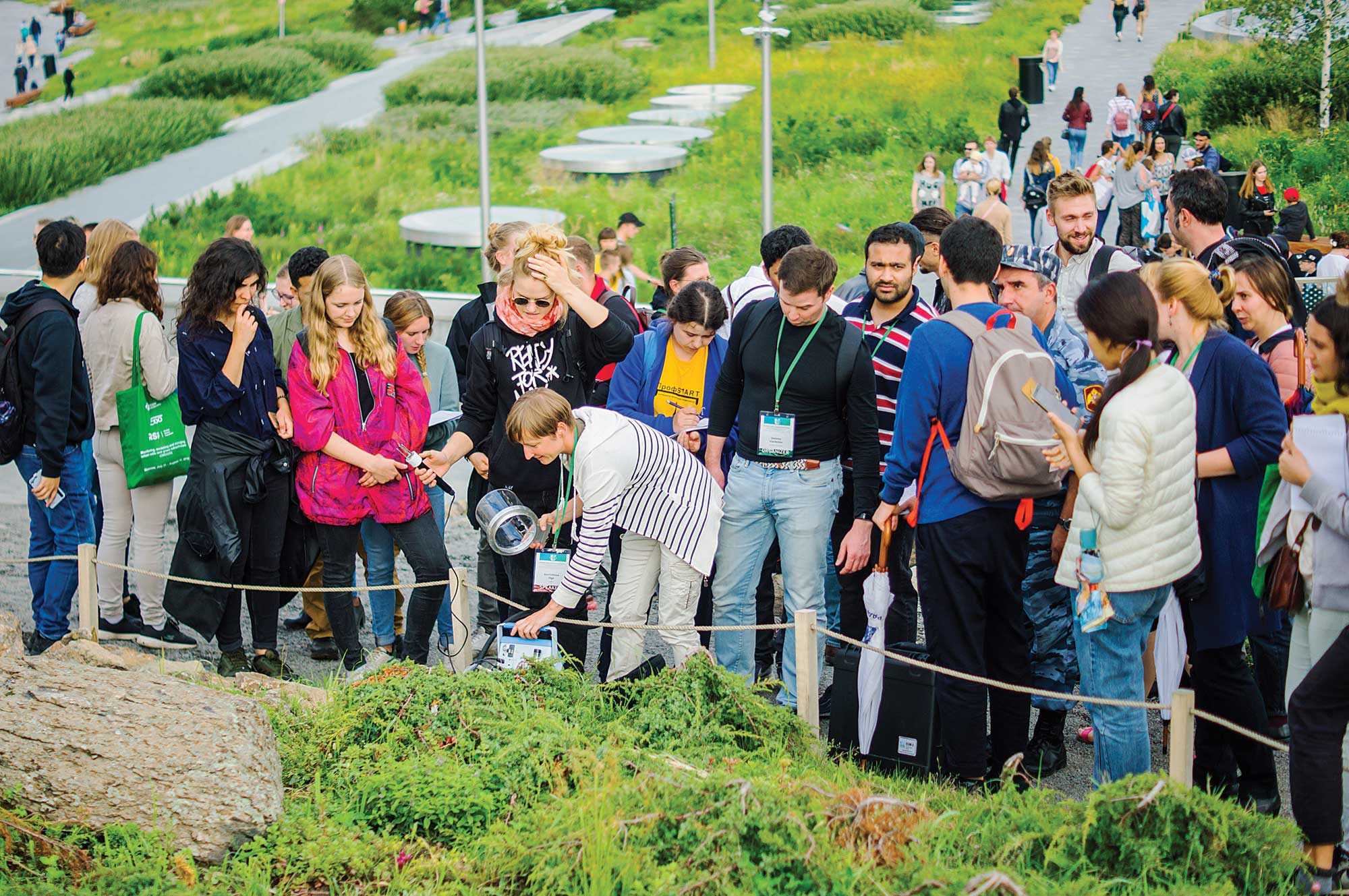 July 27 – August 10, 2019 the III field international summer school “Anthropogenic and natural landscapes and soils of European Russia: from sea to sea” took place in RUDN University. School was held jointly with scientific and educational institutions of Russia, Germany and the USA.

This year, 50 participants represented Russia, Germany, Italy, China, the USA, Chile and France. In two weeks, they crossed the entire European part of Russia from the Barents Sea to the Sea of Azov in order to study zonal diversity and evaluate the results of anthropogenic impact on the ecosystems. 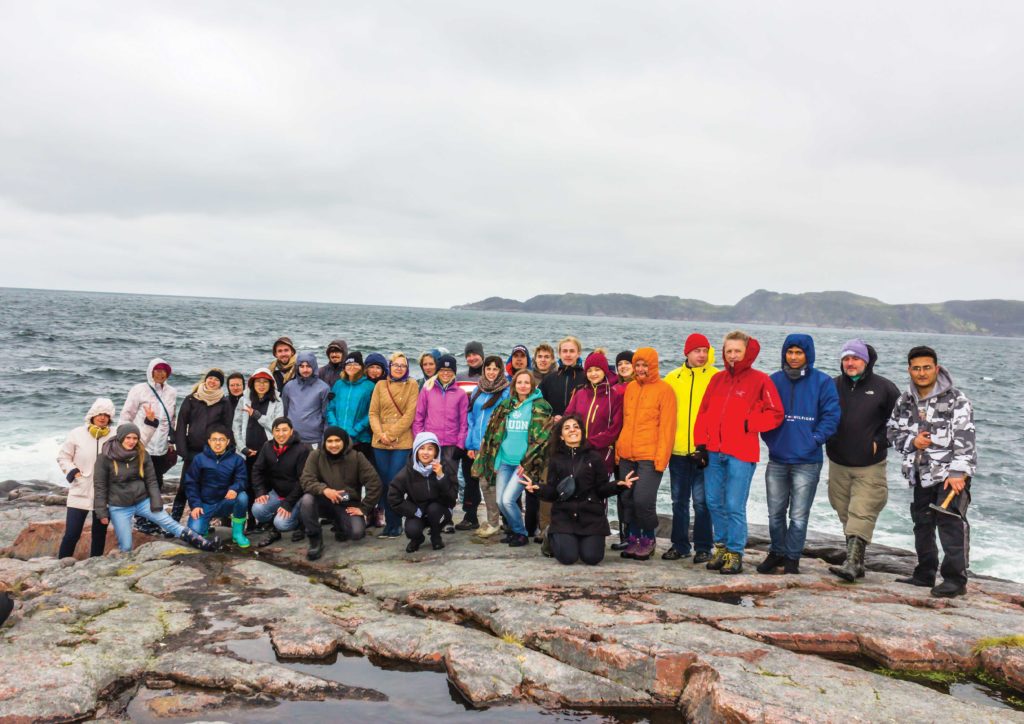 The program included a route from the Barents Sea to the Sea of Azov. Participants covered over 3,000 km, crossed 6 regions of Russia and five natural zones from the forest-tundra of the Kola Peninsula to the dry steppes of the Rostov Region. The goal was to explore the differences between natural and urban areas.

“This year we presented such a large format, which was called “Anthropogenic objects from sea to sea” explained Vyacheslav Vasenev, the project coordinator. – The school is intended for students, masters, young scientists who specialize in urban ecology, landscape design, soil science. We study not only ecosystems, but also try to find out the social and traditional life opportunities of the Russian regions. It is interesting to understand the role of urban infrastructure in the sustainable development of cities.

The project work was organized in two teams, students used different methods of obtaining primary data. In addition to lectures, field work was carried out to assess the state of the ecosystem – some studied the soil, while others studied green streams, greenhouse gas flows, and microclimate features. At 3MUGIS school, students were taught to understand the environmental features of contrasting zones – tundra and steppes, industrial zones and reserves. Particular attention is paid to the analysis of the laws and properties of nature depending on the climatic region and the degree of human impact on the environment. Each participant had the opportunity to gain competence in the field of various methods of soil analysis, temperature measurements, green parameters. Teams collect data, observations and analytical work.

The first field day was held in late July in the Zaryadie park. The route was further laid from the North of Russia to the Sea of Azov: from Teriberka through Monchegorsk, Apatity and Kirovsk, the village of Zapovedny in the Tver region, Pushchino, Kursk, Voronezh to the southern coastal steppes of Rostov-on-Don and Taganrog. For 14 days, the participants visited 3 nature reserves, 3 botanical gardens, the only polar metropolis of Murmansk, the largest mining region – the Kursk Magnetic Anomaly, a village on the Arctic coast and the historical cultural district of the Cossacks, a golf club in Rostov-on-Don. The team, not in theory, but in practice, got acquainted with the socio-economic and cultural characteristics of the regions of Russia.

“I was interested, I was delighted, although, to be honest, I was sometimes cold,” said Ruslana Baker, a participant of the 3MUGIS summer school, a student at Arizona State University (USA). – For the first time I participated in a field school, learned a lot. I wonder how everything is connected with each other – soil, trees, how people live”.

The exam at the summer school was held in Rostov-on-Don at the Southern Federal University (SFU). Participants presented the results of field work on ecosystem assessment based on data collected over 2 weeks. Each team has chosen its own approach of the results interpretation. Despite the fact that everyone worked side by side on the same sites, the results were noticeably different both in presentation format and in accents. In the project of team No. 1 “Soils of European Russia from sea to sea”, an extensive and comprehensive analysis of all the factors of each of the climatic zones was presented. In the project of team No. 2, one soil function – soil respiration (CO2 emission), measured using a gas analyzer, was taken as the basis. Participants evaluated this indicator for all objects and simultaneously compared temperature indicators, type of vegetation, etc. 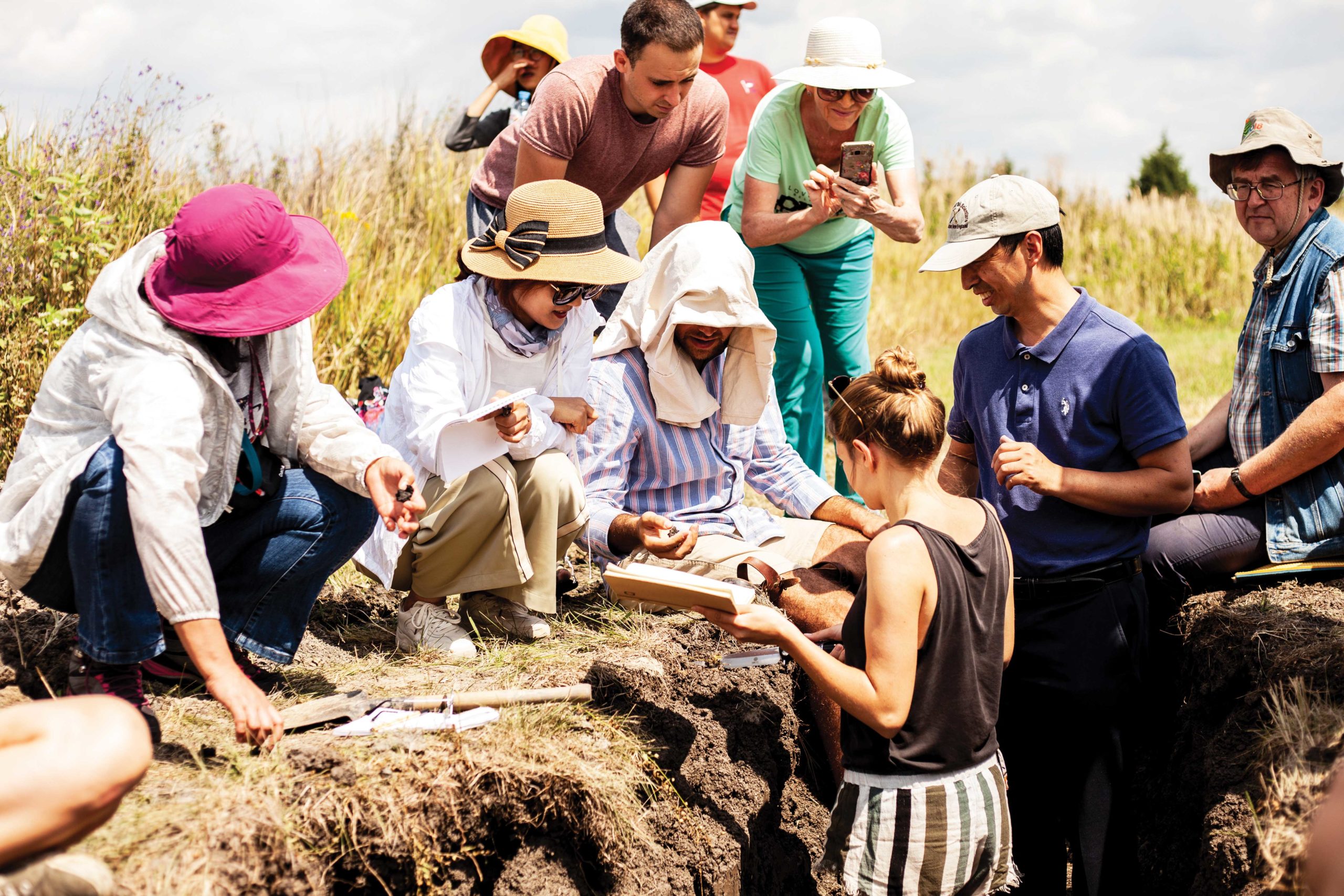 Among the experts who evaluated the results of the summer school were associate professors and professors of RUDN University, Moscow State University, Southern Federal University and Timiryazev Agricultural Academy.

These were the most intense and best 3 weeks in my life. I learned a lot about the soil from our professors from Russia, USA, Germany and France. I am also very happy to be able to see so many beautiful places and make new friends. I want to thank all the participants and organizers of 3MUGIS. Thank you for this amazing time, – Semra Tekgul, a student at the Technical University of Berlin (Germany).

A special achievement of the school is the teams of organizers and participants that were formed during the preparation and conduct of the summer school. In practice, it turned out well to realize the interdisciplinary and international principles of science. This provided a solid foundation for new knowledge. 3MUGIS united research, educational, environmental organizations: International Union of Soil Science, Russian Science Foundation, Urban Soils Institute of New York, Russian Timiryazev State Agrarian University, Moscow State University, Kola Science Center of the Russian Academy of Sciences, Southern Federal University, nature reserves and international cooperation projects.