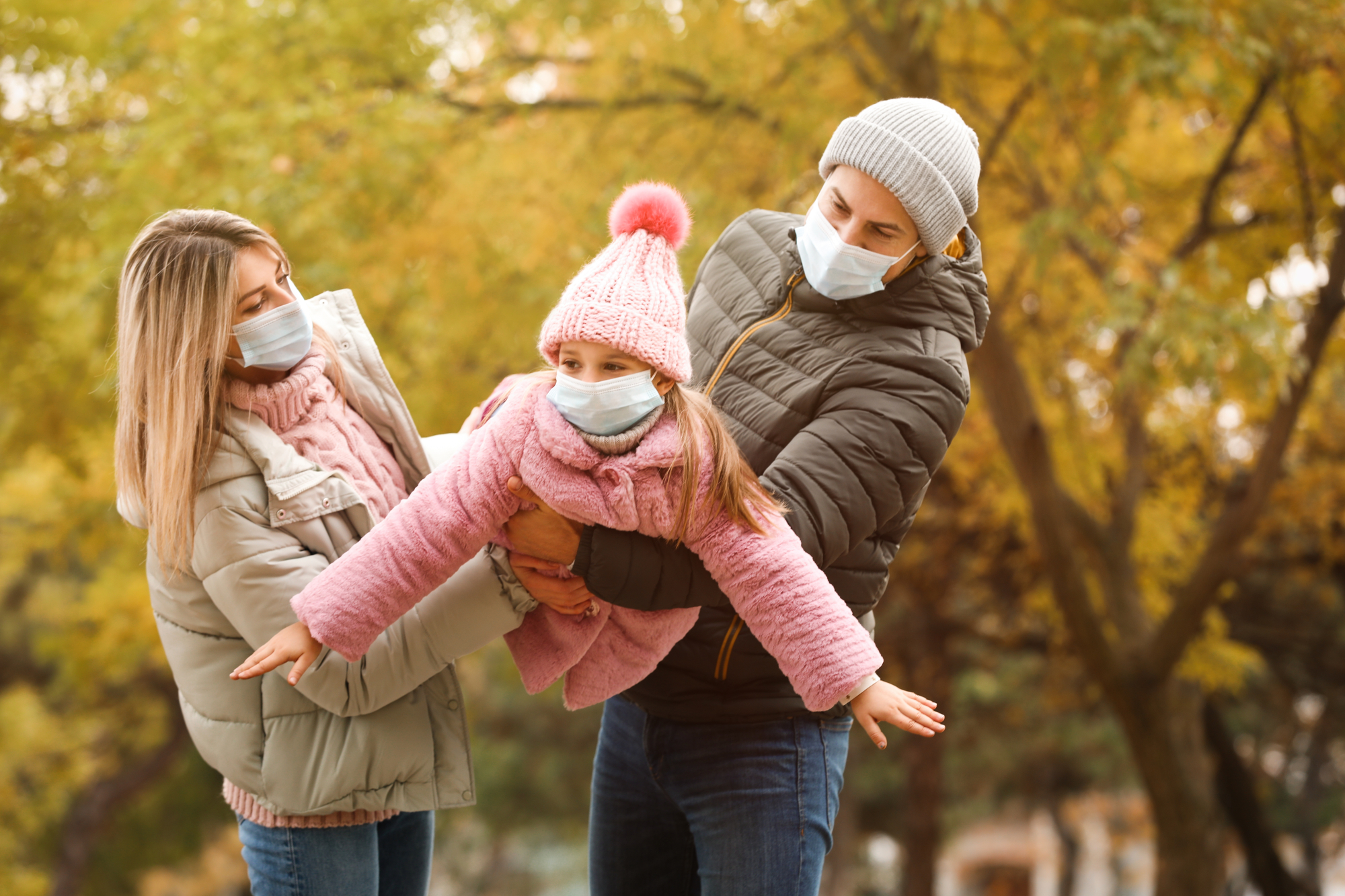 International research team including SUN Lab’ scientists interviewed citizens of Moscow (Russia) and Perth (Australia) to find out what role urban green spaces played for them during the COVID-19 pandemic. It turned out that the vast majority of respondents in both cities considered contact with nature to be extremely important for mental well-being, and many of them went for walks in their free time, despite the restrictions. The results of the research, supported by a grant from the Russian Science Foundation, are published in the journal Sustainability.

For over a year now, the daily life of people around the world has been subject to the tough restrictions of the COVID-19 pandemic. Accessible green areas and water bodies turned out to be a particularly important component of the urban infrastructure under quarantine conditions. Until now, the impact of the pandemic on the importance of green areas in the life of city dwellers has been studied mainly on the example of large European cities, which is not enough for a comprehensive assessment of the situation. Therefore, sociologists turned their attention to comparing such radically different megalopolises in climate, culture and infrastructure as Moscow and Perth.

Researchers from RUDN University Diana Dushkova (also working at Helmholtz-Centre for Environmental Research (UFZ), Anastasia Konstantinova, Viacheslav Vasenev and Elvira Dovletyarova, and their foreign colleagues from Australia (Maria Ignatieva and Michael Hughes) conducted a survey among 330 residents of Moscow and Perth. The questionnaire contained 25 questions about the role of urban green areas and water bodies in people’s daily life, about the impact of quarantine on their pastime and well-being, as well as about possible ways to develop the green areas of the city.

According to the data received, more than 50% of Moscow residents and 72% of Perth residents during the pandemic, despite the restrictions, preferred to spend their free time for a walk. It should be emphasized that there was a significant difference in the set of quarantine measures between the cities: in Perth, urban green areas (public parks, reserves, gardens, beaches) were open throughout the 2020 pandemic, while in Moscow for 1,5 months, there was a complete prohibition of visiting public places. This is related to the difference in the frequency of visiting green areas during quarantine: in Moscow 56,9% of respondents visited green areas less often, while 59,4% of Perth residents did not change their routine of visiting, and 26,7% even increased. However, immediately after the lifting of restrictive measures in Moscow, the attendance of green areas increased significantly relative to the pre-quarantine period. 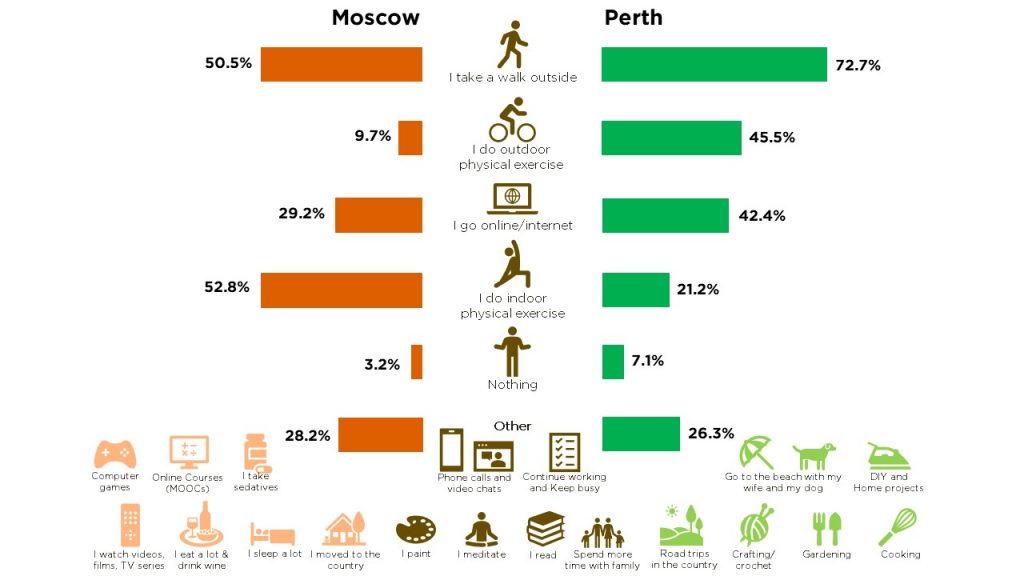 When asked about the current state and possible improvements of urban green spaces, the majority of respondents from both Moscow (55%) and Perth (77%) indicated that greening their streets would be most desirable for them. Another popular answer was to increase the number of public parks and green spaces in the neighbourhoods. In terms of infrastructure, respondents in both cities indicated the need for more benches, as well as shady areas and rain shelters. Moscow residents additionally noted the need to create water bodies (fountains and ponds) and gazebos, as well as modern landscape elements such as green walls. This underlines the importance of urban green spaces improvement to improve the condition of both the urban environment itself and the well-being of its inhabitants.

After analyzing the attitude of residents of Moscow and Perth to green areas and water bodies within the city, researchers concluded that, despite the differences in climate and socio-economic situation, the availability of “natural islands” is highly appreciated by all respondents. This reinforces the idea that greening plays a critical role in making cities resilient in times of crisis, such as the COVID-19 pandemic.

Within our research, we wanted to emphasize that urban greening and environmental issues in general should be fully developed and taken into account in program documents aimed at the strategic development of urban agglomerations. Modern urban dwellers fundamentally need places that enable them to maintain their health and well-being. Based on the results of our research, such places are parks, urban forests, squares, green yards – green spaces in the open air. Rational planning of these places will allow not to shut them down in times of crises like the COVID-19 pandemic, but, on the contrary, to make them available for everyone. This will be of decisive importance for improving the overall sustainability of cities, sums up Anastasia Konstantinova, project manager of the grant program under Russian Science Foundation, PhD in social sciences, researcher in SUN Lab, RUDN University.